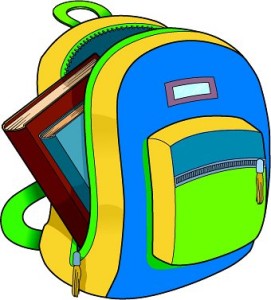 Regarding scoliosis, Ms. Nogee, as a physical therapist, developed protocols for school screenings and fought to get scoliosis screenings into schools long before it was common practice. She advocated for textbooks to be kept in the schools or at home and not in backpacks. She developed innovative exercise programs for the scoliosis patients she serviced over the years. When her eldest daughter was diagnosed with scoliosis, Ms Nogee had her followed by an orthopedic surgeon and they played the wait and see x-ray game combined with a mild exercise program she had prescribed. Luckily her curve remained mild and bracing or surgery was not indicated. When her youngest daughter was diagnosed with scoliosis, her curve progressed very quickly. The surgeon, when questioned, stated that exercise was useless for scoliosis and not to bother with it at all. Being a physical therapist, Ms Nogee did not agree with that philosophy. A Charleston brace was prescribed for her daughter. The brace was large, constricting and uncomfortable. When her daughter could not adapt to this brace, despite her best efforts, (and Ms. Nogee was seeing some small changes with the exercises she had already prescribed) intense research brought Schroth methodology to her awareness. (Shroth is not taught in U.S. physical therapy programs.) Further research convinced her that a Schroth program was her daughter’s best shot.

While Ms Nogee was prepared to travel to Germany with her daughter to attend the clinic there, she came across Dr. Marc Moramarco and decided Massachusetts was a bit more convenient to NYC. Their experience at his office was incredible, relieving the burden of a trip to Germany. Ms. Nogee decided within the first few days of their visit, even before any results could be achieved, that this program was extremely valuable on many levels and that she wanted to be part of expanding it in this country. She has worked over several years to become competent in Schroth Best Practice™.

With her Schroth program, her youngest daughter’s lumbar curve decreased 18º and she no longer needed the Charleston brace. Because of the curve specific exercises she performed she required her brace for less than 10 months in all. In subsequent years her daughter’s thoracic curve increased but was held in check with strong compliance to her daily Schroth routine. Her curve remains mild with no observable cosmetic deformities to the untrained eye. Her older daughter, who more recently went through the program, has less episodes of pain and is pleased with some new positive cosmetic changes.

As a health care professional and especially as a “Scoliosis Mom,” Ms Nogee is sensitive to emotional issues and parent/child dynamics that arise with the condition in adolescents. Ms. Nogee remains appalled that even doctors who know about Schroth don’t recommend it as an option or adjunct to their patient’s treatments. She wants to get the word out there that there IS something one can do to help oneself or one’s child with scoliosis. Her belief is strong that individuals should have as much control as possible over their own medical conditions. She believes that Schroth Best Practice™ gives one that control, as much as is possible, over their scoliosis. She is passionate about the program, so much so that she uses it herself, as she too has scoliosis.

Dr. Marc Moramarco has been invaluable in his teaching and making Certification possible in the U.S. with Dr. Hans-Rudolf Weiss (grandson of the originator of the Schroth concept.) Ms. Nogee is proud to have completed the very first Certificate training program in the U.S. and to be able to offer the highest quality service in bringing the Schroth Best Practice™ Program to the Long Island and the NYC area.